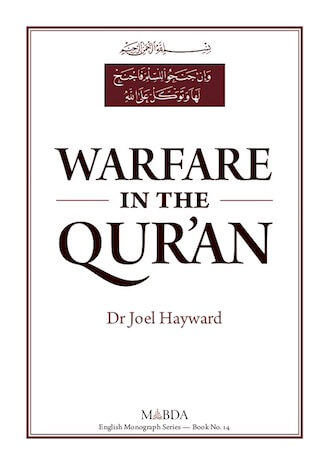 Warfare in the Qur’an

This book analyses the Qur’an and attempts to explain its codes of conduct in order to determine what the Qur’an actually requires or permits Muslims to do in terms of the use of military force. it concludes that the Qur’an is unambiguous: Muslims are prohibited from undertaking offensive violence and are compelled, if defensive warfare should become unavoidable, always to act within a code of ethical behaviour that is closely akin to, and compatible with, the Western warrior code embedded within the Just War doctrine. This paper attempts to dispel any misperceptions that the Qur’an advocates the subjugation or killing of “infidels” and reveals that, on the contrary, its key and unequivocal concepts governing warfare are based on justice and a profound belief in the sanctity of human life.