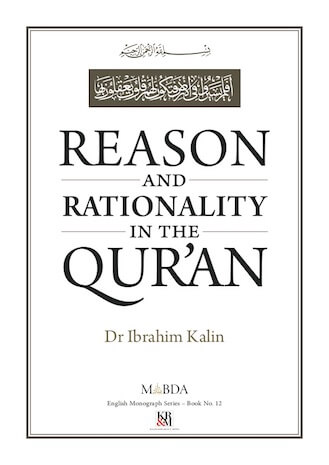 Reason and Rationality in the Qur’an

From November 21-23, 2011, the Royal Aal Al-Bayt Institute for Islamic Thought hosted the Second Seminar of the Catholic-Muslim Forum at the Baptism Site, Jordan. The Forum is one of the fruits of the ‘A Common Word’ initiative, which was launched in 2007 and which seeks to promote Muslim-Christian dialogue based on the two shared religious commandments of ‘Love of God’ and ‘Love of the Neighbour’ [see A Common Word at A Common Word].

On the first day, Prof. Ibrahim Kalin presented Reason and Rationality in the Qur’an. This booklet is a slightly revised version of the paper presented by Dr Ibrahim Kalin, and includes the French and Arabic translations.