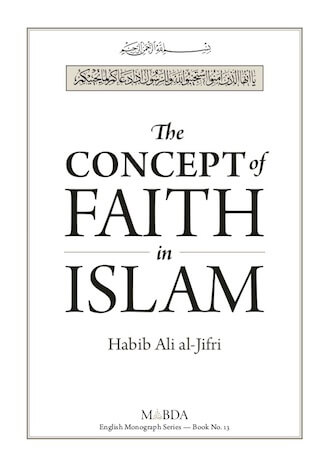 The Concept of Faith in Islam

From November 21-23, 2011, the Royal Aal Al-Bayt Institute for Islamic Thought hosted the second seminar of the Catholic-Muslim Forum at the Baptism Site, Jordan. The Forum is one of the fruits of the ‘A Common Word’ initiative, which was launched in 2007 and which seeks to promote Muslim-Christian dialogue based on the two shared religious commandments of ‘Love of God’ and ‘Love of the neighbour’ [see www.ACommonWord.com]. The second Forum (building on the success of the first Forum, which was held at the Vatican in 2008) brought together 24 leading scholars from each religion to discuss the following three themes:

This book is an English translation of the paper presented by Habib Ali al-Jifri.