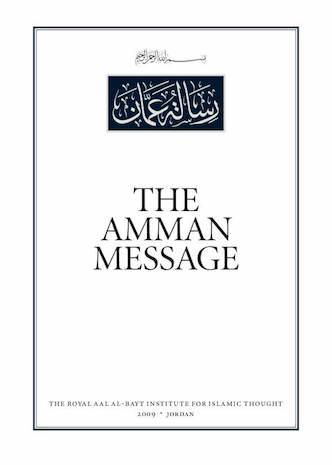 The Amman Message started as a detailed statement released the eve of the 27th of Ramadan 1425 AH/9th November 2004 CE by H.M. King Abdullah II bin Al-Hussein in Amman, Jordan. It declares what Islam is and what it is not, and what actions represent it and what actions do not. In total, over 500 leading Muslim scholars worldwide—as can be seen from the Grand List included in this publication—unanimously endorse the Amman Message and its Three Points.

This amounts to a historical, universal and unanimous religious and political consensus (ijma ‘) of the Ummah (religious community) of Islam in our day, and a consolidation of traditional, orthodox Islam.